I wrote a similar tutorial back in 2012 (yes, 6 years ago). Today, I received an email that the tutorial is looking old. The screenshots I provided were only 600 pixels wide which was enough for the screens that we used to use six years ago. But, they aren’t enough now. So, here I am writing a new tutorial on how to create a sunset effect in Photoshop.

Before we go, I want to show you the final and initial photo. 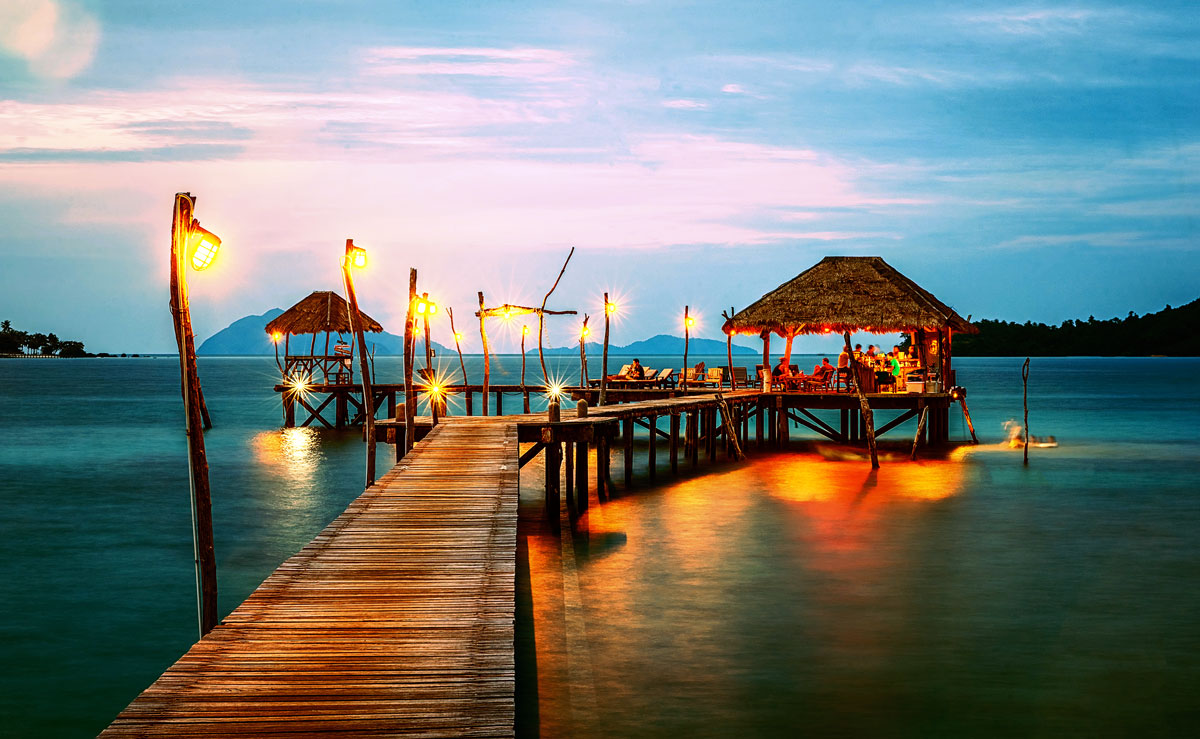 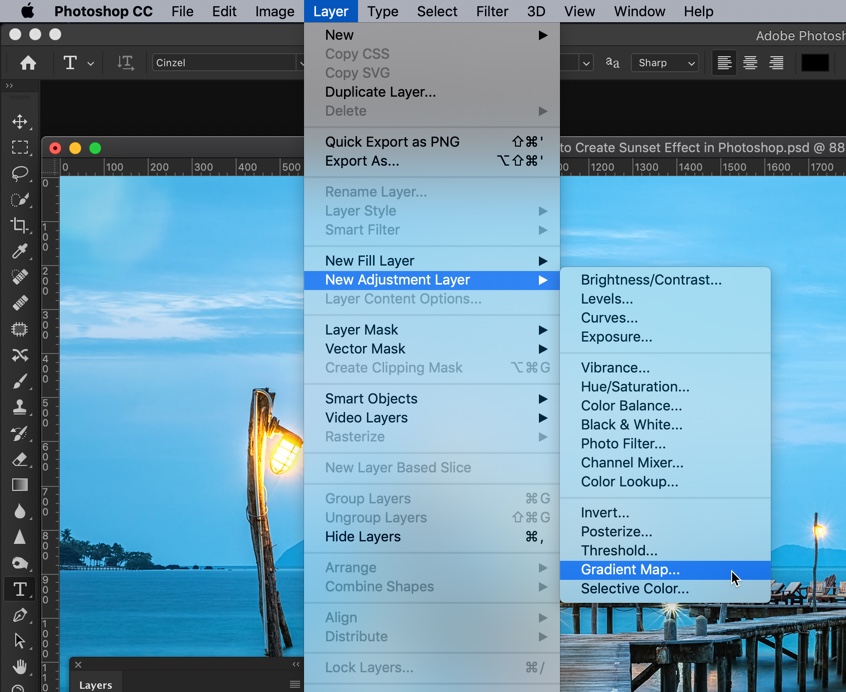 In the Property panel, click on the color box. If the property panel does not open by default, manually open it by going to Window > Properties. Gradient Editor should be opened now.

In the gradient editor, first, click on the bottom left handlebar (1) that I have shown below. Then click on the color (2). 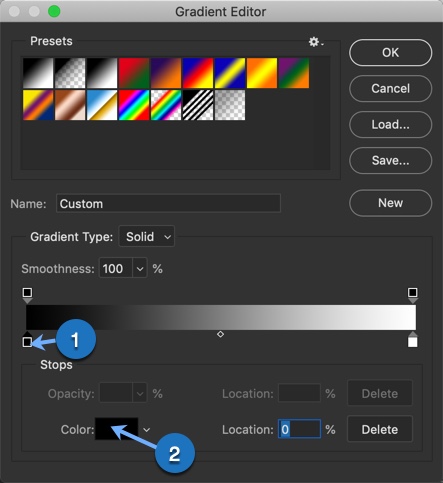 This will convert all the highlights in your image (bright areas) into red color. I know that it’s looking messy but hold on for a few more seconds. We’ll fix it. 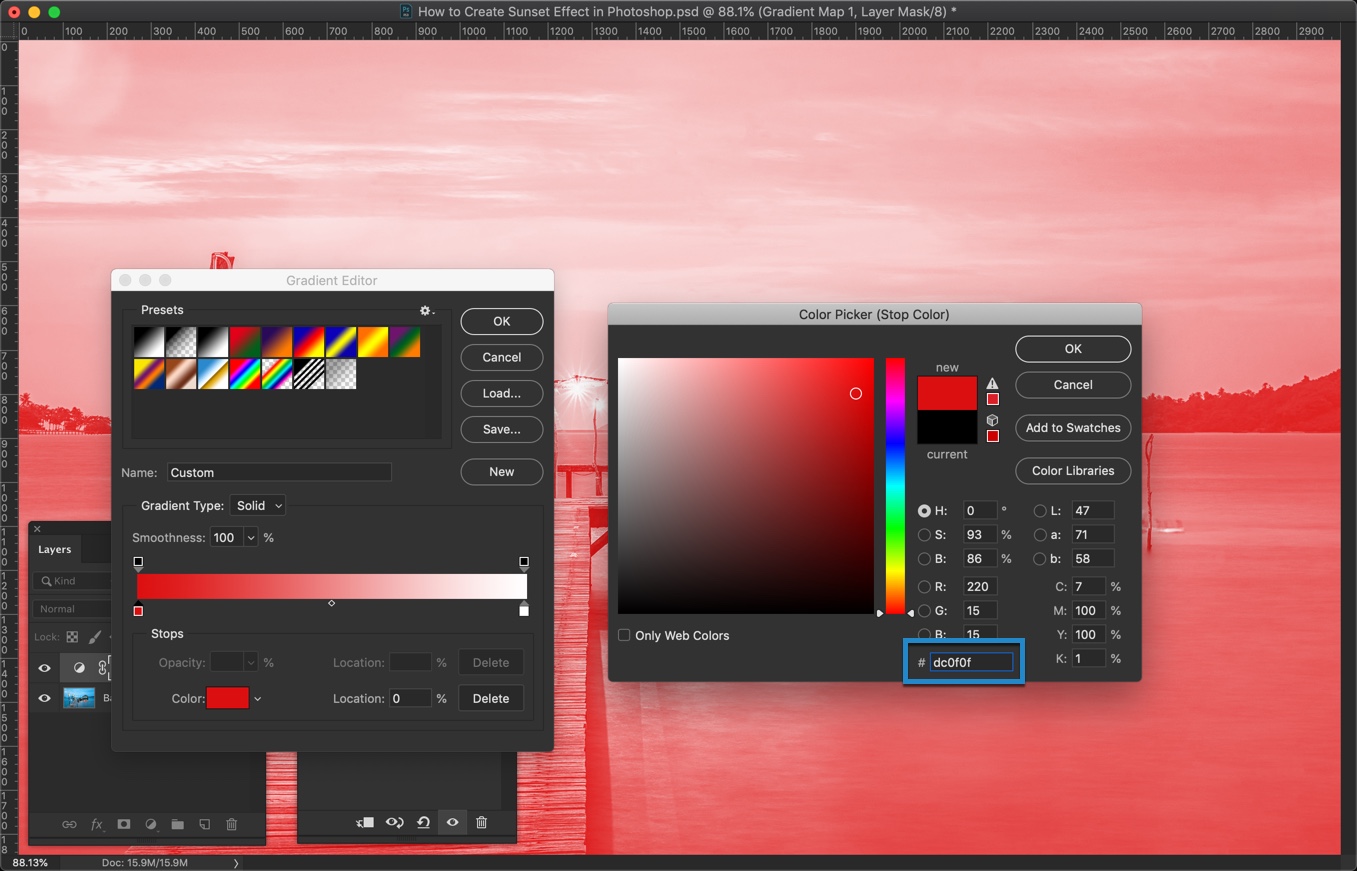 In the gradient editor, click on the bottom right handlebar (1) and then on the color (2). I have provided a screenshot below for your reference. 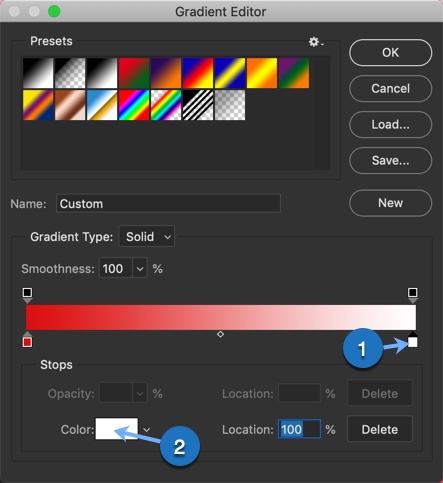 The photo is looking a bit better now, right? We’ll make it even better. 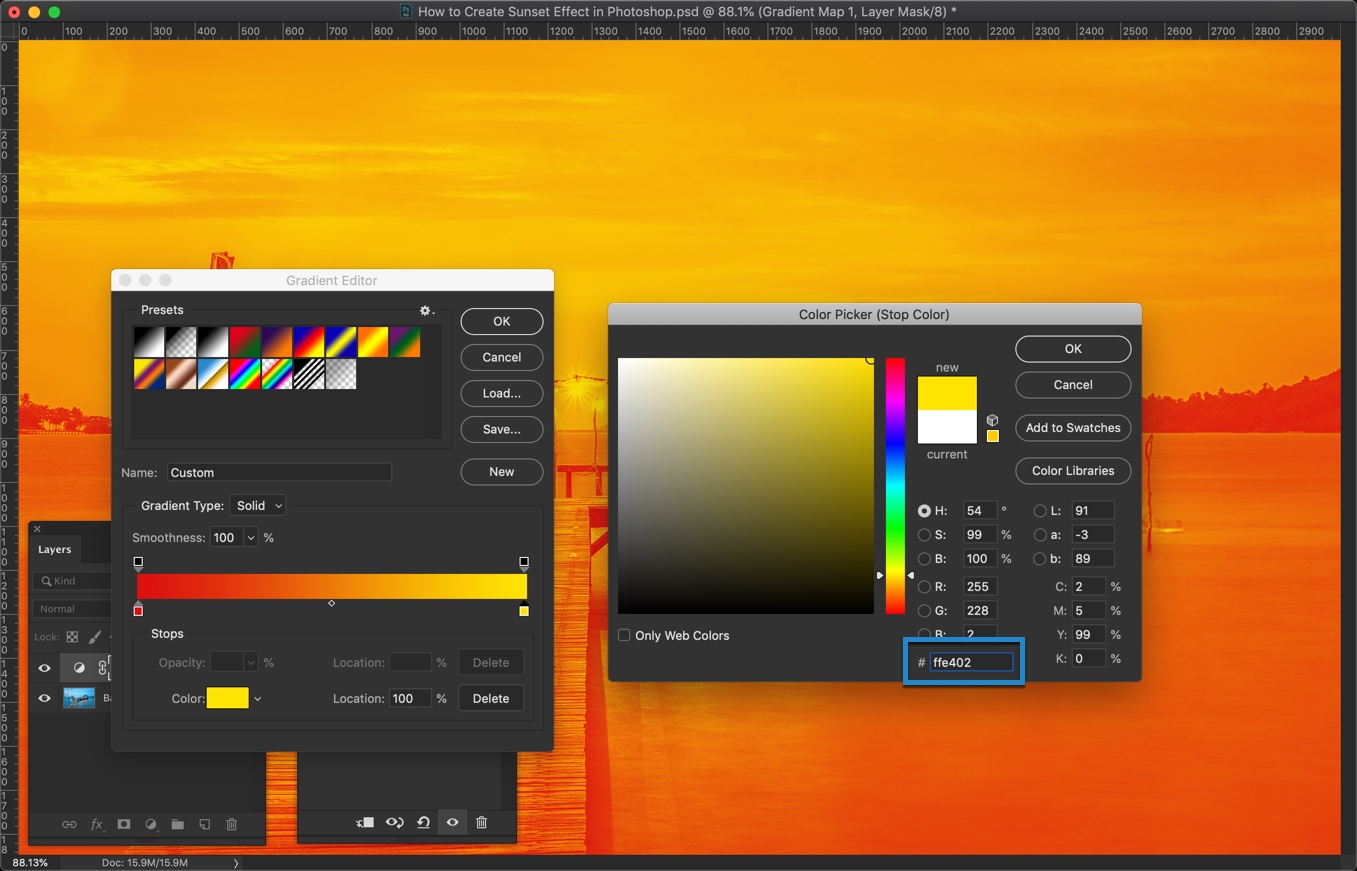 Time to change the blend mode to Overlay.

Open the Layer Panel by going to Window > Layers or by pressing F7. Change the blend mode to Overlay. 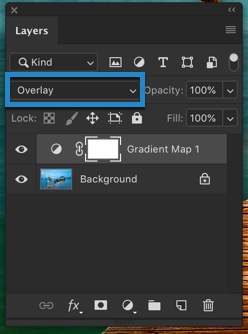 Now, the beauty should start appearing. Here’s my photo after changing the blend mode to Overlay. 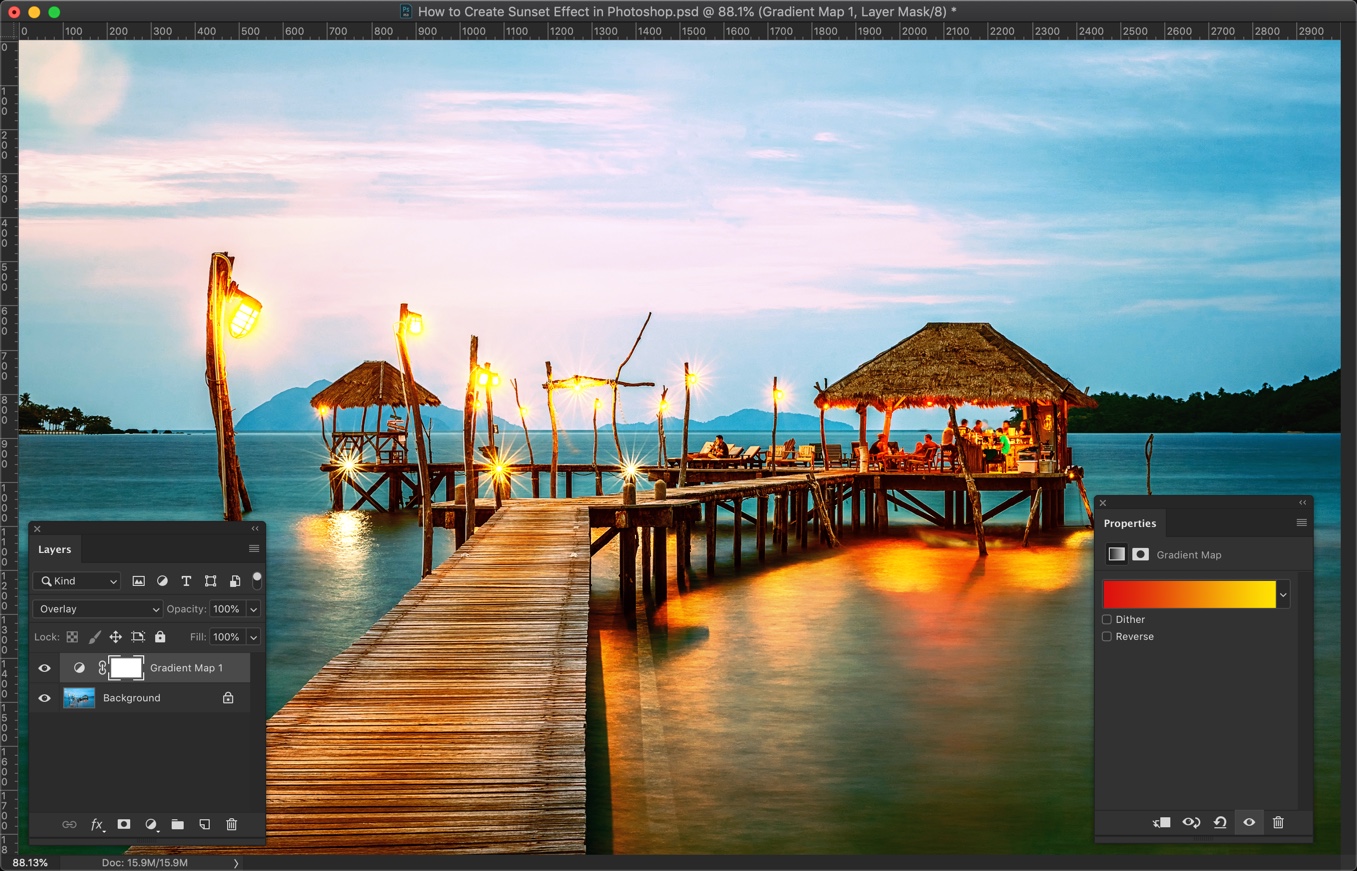 I believe that the image is a bit bright. Let’s darken it. 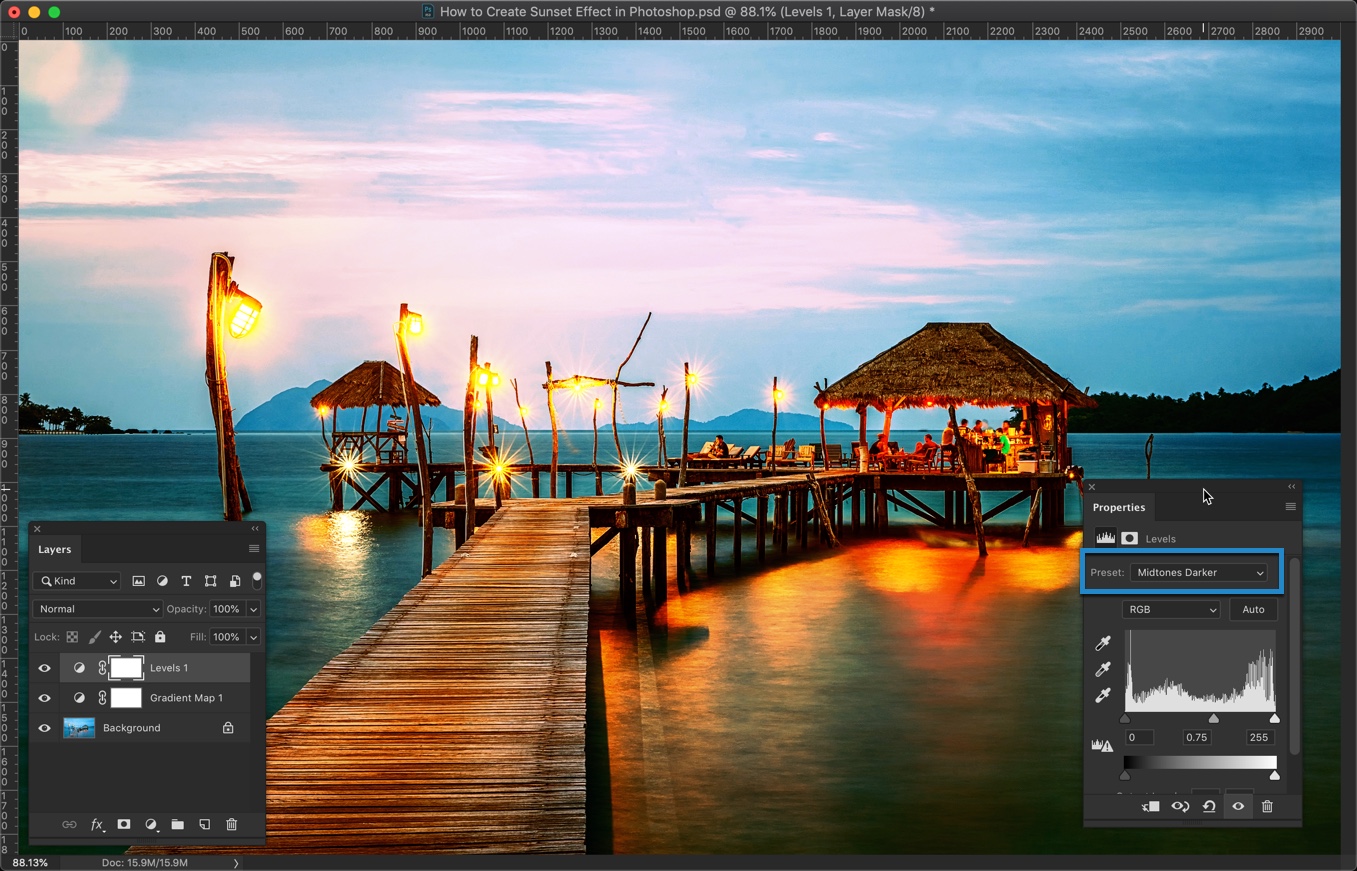 Forget about all those lengthy YouTube videos to create sunset effect in Photoshop. It’s really this simple. Just a 2 steps tutorial.

Here you go with the final image one more time.

Make sure that make the most out of the offer below.